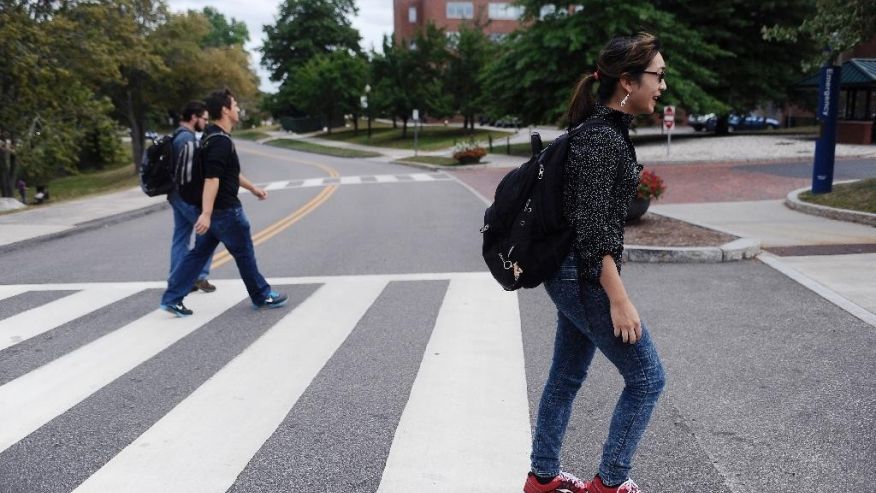 If California Democrats have their way, Christian colleges and universities will no longer be allowed to require students attend chapel services or require them to profess a relationship with Jesus Christ.

Senate Bill 1146 would close a loophole that lawmakers say allows Christian universities to discriminate against students based on their gender identity, gender expression or sexual orientation.

“All students deserve to feel safe in institutions of higher education, regardless of whether they are public or private,” said Senator Ricardo Lara, the author of the legislation. “California has established strong protections for the LGBTQ community and private universities should not be able to use faith as an excuse to discriminate and avoid complying with state laws.”

The legislation has already passed the Senate and is expected to clear hurdles in the Assembly. Thus far, Lara has refused to compromise with the state’s Christian colleges and universities.

“No university should have a license to discriminate,” he said in a statement.

If the loophole is closed, it would only exempt schools that prepare students for pastoral ministry.

“It discriminates against religious colleges, said John Jackson, the president of William Jessup University. “If we don’t play ball with state — the state will attempt to drive us out of existence.”

The president of the Sacramento-based university called the proposed legislation chilling.

Percent of Christians in the United States | FindTheData

“The passage of this bill would destroy the foundation upon which this university was founded,” said Jackson. “Systematically discriminating against religious institutions and preventing student access and choice to Christian higher education is bad policy and will have a negative effect on the state of California.”

Lee Wilhite, vice president of university communications at Biola University, said they, too, have serious concerns with the bill.

“It functionally eliminates the religious liberty of all California faith-based universities,” he told me. “It really does infringe on how we carry out our mission.”

Like most Christian universities, Biola integrates the Bible through all of their courses — something they’ve been doing for more than 100 years.

If the loophole is closed, it could have a devastating impact on faith-based institutions.

“We would no longer be able to require a profession of faith for students,” Wichita said. “That’s something Biola requires of all incoming students.”

Schools would no longer be allowed to integrate faith throughout their teaching curriculum, he added.

Leaders at three universities I spoke to say that they would not be allowed to require mandatory chapel attendance or mandatory core units of Bible courses.

“The danger for Biola University is that it prevents us from carrying out our mission the way we have for 108 years,” Wilhite said. “It would eliminate our ability to continue our mission. That’s why it has our attention.”

The legislation would also give students a right to sue if — for example — they were offended by a prayer in a class.

Biola and William Jessup refute the notion that LGBT students are discriminated against on their campuses.

“We don’t tolerate harassment or bullying of any of our students,” Wilhite told me.

Many of the schools are working with the Association of Independent California Colleges and Universities to urge Lara to amend his bill to include a religious exemption.

“Sen. Lara wants to safeguard LGBT students. We want the same protection for all students, including members of the LGBT community. The bill calls for more transparency from schools about their beliefs and recourse for unfair treatment. We share his concerns about student safety, transparency and recourse. With every prospective student, we share who we are, we provide the framework for how we build community and do life together and we ask those who enroll to uphold our student standards of conduct. Right now the proposed bill would invite challenges to required chapel attendance and public and communal observation of Christian sacraments such as the Eucharist and baptisms, among other activities central to our identity.”

Several of the universities I contacted said they are going to respectfully stand their ground — even if it means taking their case to the Supreme Court of the United States.

“We are not willing to change our policies,” Jackson said. “There is a very intentional attempt to marginalize those who don’t accept the notions of sexual orientation and gender identity as the government has framed them.”

And Jackson warned that what’s happening in California could happen in other parts of the country.

“Religious freedoms are in play in California,” Jackson told me. “Ultimately, I’m concerned that what begins in California rolls across the nation.” 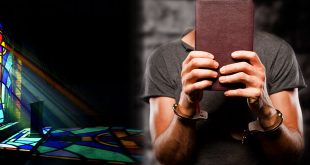 First They Came for the Florists

In 2007, Iowa enacted a law prohibiting discrimination on the basis of sexual orientation or gender identity. The law applies to what are known as “public accommodations.”

But recently, the Iowa Civil Rights Commission added something atypical to that list: church services.

In its “Provider’s Guide,” the Commission offered an answer to the question, “Does this law apply to churches?” with a resounding “Sometimes.” What follows is troubling: “Iowa law provides that these protections do not apply to religious institutions with respect to any religion-based qualifications when such qualifications are related to a bona fide religious purpose.”

I say troubling because implied in that statement is that the state gets to determine what is and what is not a bona fide religious purpose.

And what follows that goes from troubling to outrageous: “Where qualifications are not related to a bona fide religious purpose, churches are still subject to the law’s provisions: For example, a child care facility operated at a church or a church service open to the public.” Which, as the Alliance Defending Freedom rightly pointed out, “encompasses most events that churches hold.”

If the Commission interpretation stands, then churches—at any service open to the public—would be prohibited from doing or saying anything that would “ ‘directly or indirectly’ make ‘persons of any particular . . . gender identity’ feel ‘unwelcome’ in conjunction with church services, events, and other religious activities.”

Given the almost limitless capacity for people to take offense or feel “unwelcome,” this would effectively ban sermons or other religious instruction about traditional Christian sexual ethics. This is what the Supreme Court famously dubbed a “chilling effect” on the freedom of religion and of speech.

Now if you’re wondering “how is this even legal?” you’re not alone. Paul Gowder, who teaches constitutional law at the University of Iowa, told the Des Moines Register that any attempt to regulate the content of sermons is “blatantly unconstitutional” and “absurd on its face.”

That’s why the Alliance Defending Freedom (ADF), representing two Iowa churches, has filed what is known as a “pre-enforcement challenge,” which challenges the constitutionality of the measure before it even takes effect.

Let’s hope and pray that the ADF prevails. But even if they do, it’s a sobering reminder of three things.

First, this didn’t happen at the Supreme Court or in left-leaning Washington State: it happened in the heartland, in Iowa. Religious freedom is in a precarious condition.

Finally, it brings to mind Martin Niemöller’s famous line about failing to stand for others until there was no one left to stand up for him. Too many pastors failed to stand up for the freedoms of people in the pew because, well, they weren’t bakers or photographers or florists. And the pastors assumed they were safe. Clearly they aren’t.

The unprecedented attempt to regulate religious speech in Iowa shows the lengths to which enemies of religious freedom are prepared to go, proving it was never about cakes or photos in the first place. 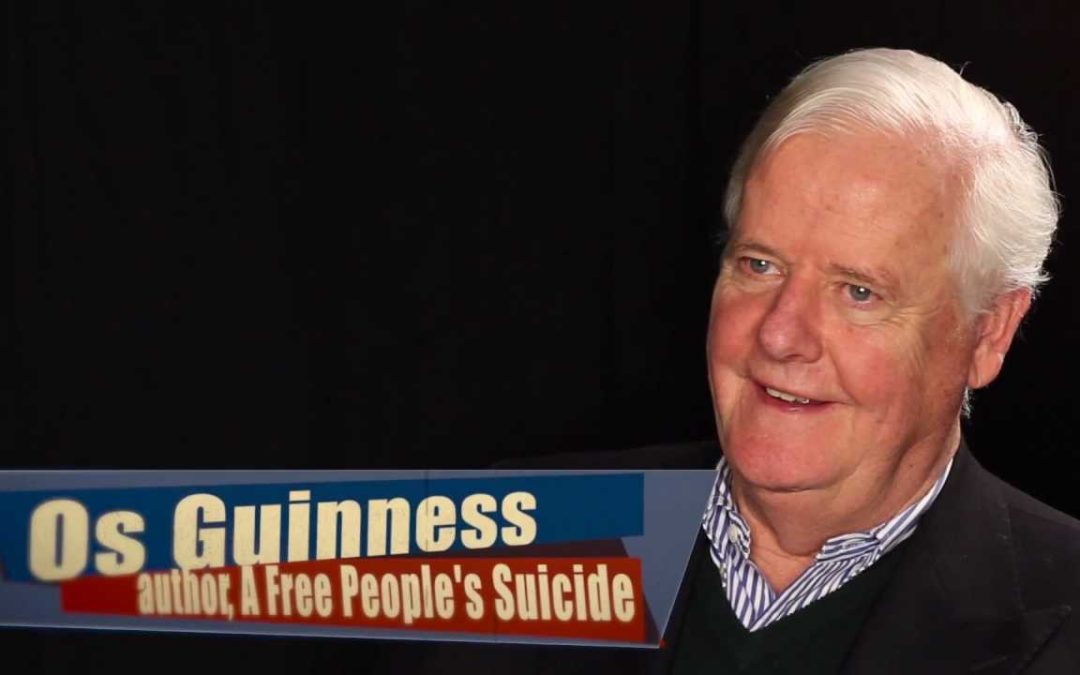 St. Augustine once said you could judge a nation by what it “supremely loves.” For America, that thing is freedom. Republicans, Democrats, Libertarians, and Occupy Wall Street folks all clamor for it.

As Os Guinness explains in his book, A Free People’s Suicide, “Freedom requires order and therefore restraint, yet the only restraint that does not contradict freedom is self-restraint, which is the very thing that freedom undermines when it flourishes.”

Few authors can summarize and communicate complex ideas and history as clearly as Os Guinness, an acclaimed speaker and the author of many Christian non-fiction books. Guinness’ most recent book, titled A Free People’s Suicide: Sustainable Freedom and the American Future, published by InterVarsity Press, presents a succinct, digestible, yet unsettling truth: Freedom in America is self-destructing.

The short volume briefly spans the spectrum and development of Western political thought leading to the American model freedom, based on religious liberty, points out the looming hangman’s noose, and appeals to American citizens to reverse course to the Founder’s understanding of “sustainable freedom.” After reading this book, you will know what and why liberty is the central and pivotal issue of our time and is, in fact, the single most critical component for the continued success of American status as a free society.

According to Guinness, freedom must be won, then ordered, then sustained. The Founders won, or reclaimed, liberty with the American Revolution. They ordered it by the excellently crafted safeguards of the Constitution. The third step, sustaining freedom, is the hardest. America’s Founding Fathers understood that “The greatest enemy of freedom is freedom,” and their solution, which worked for a couple centuries, modern Americans seem to want to ignore. For years, freedom was sustained by self-government. But now, self-government is becoming a rare democratic virtue.

While the Constitution is aptly called the ‘Fortress of Liberty,” we cannot trust in the Constitution, the Bill of Rights, or our laws to protect liberty. Sustainable freedom must be achieved through a relationship that the Founders all understood and commended. Freedom is protected or lost by the virtue of its people. Guinness writes that, “In a democratic republic, the rules and the subjects are one and the same, so freedom depends constantly not only on the character of the nation’s leaders but also on the character of its citizens.”

For people to be trusted to not trample on the freedom of others, they must restrain themselves by their own virtue. For virtue, free citizens must show “obedience to the unenforceable,” which of course means true virtue, which must be based on one’s own volition, one’s own faith.

To close the recycling loop, then, freedom is required for faith because faith would be no faith at all if it was really forced lip-service. Hence, Guinness calls religious liberty the crowning achievement of the American Experiment. Sustainable freedom, then, is based on true virtue, which must be built on habits of true faith. The only way to have true faith is by the people forming true, heartfelt convictions which can only be done with freedom. With the three legs in harmony, the people largely self-govern themselves and freedom and civil society are sustained.

To reengage the Golden Triangle, this generation and posterity must rediscover the “unum” (one) in e pluribus unum – that is, the supreme, uniting values of America that make it one nation –  through civil education, thus “going back to go forward” by returning to the proven first principles of the Founders.

Guinness closes his new book with some provocative questions and a prayer:

Is freedom to become America’s Achilles’ heel or to remain her glory still? Will America go forward strongly by going back wisely? My hope and prayer is simple: that Americans will do what Rome failed to do and remain a republic not only in name but in reality, a free republic that will remain free across the long marches of time, just as your wisest and most daring once fervently believed that it might.