A Call To New Founding Fathers 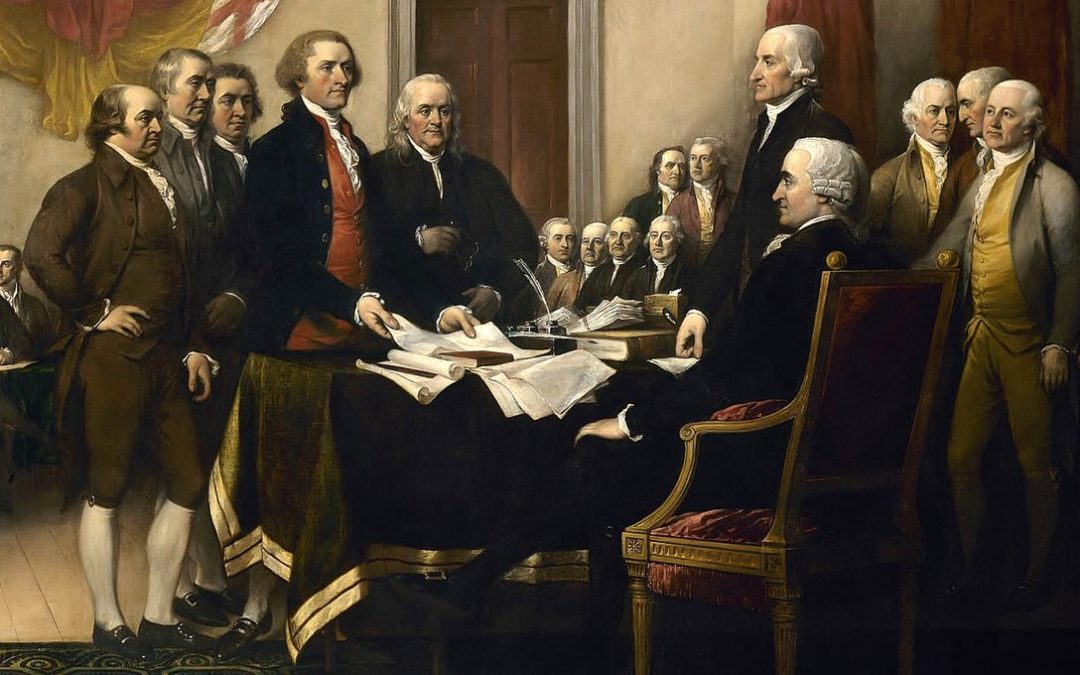 Who contrary to hope, in hope believed, so that he became the father of many nations… Romans 4:18

The “founding father” of our faith, Abraham, was used so mightily for God’s family because even when circumstances were unanimously pointed against all hope—in hope he still believed. This is a hallmark trait so many have been being trained in of late, not just an outward perseverance but an internal stretching of the perseverance of their hope and faith. Before God expands our capacity on the outside (territory), He expands our capacity on the inside. Like an athlete preparing to compete at high altitude, our lung capacity has needed to be upgraded to run our race at a new and higher place.

Abraham was trained in the nature of the Father through an internal perseverance of trust that graduated him into the place of fathering the family of God. Many have been trained for such a worldwide family restoration getting ready to take place now. God is calling a new breed of founding fathers whose trust has been proven, giving the Father a direct flow through our lives to give life to people and grassroots movements all over the earth. Many have been lost, and by the Father, through you, they will soon know their place in the “family” and be found.

We often look back to the “founding fathers” of our nation or our faith to look for guidance or revival in the hope and principles we too often stray from. If America looks back at her beginnings, she finds a time when leaders of great internal character rose up against challenging times to demonstrate that they were not here to conform, but to transform. They became founding fathers of the nation not merely because of the principles they set in motion, but because of the internal character and integrity of faith that birthed those principles. (Photo via Wikipedia)

Today, on the surface, it would seem America and many other nations, are in the midst of challenging division, discord, and are fighting off an attack on hope. Many ask what our founding fathers would say or do, or share quotes about what they warned of—all great encouragements. But I would say there was something deeper than their principles that we now need—a revolutionary spirit that rose up with courage from within them to act, govern, speak, live and love like true fathers are supposed to.

We are in times where we need new founding fathers to rise up and not wait for those who will politically govern, but those who will genuinely father new movements of liberty springing up everywhere. A bill going through congress can be vetoed, but those who rule in their sphere of influence with the passion of a father cannot be stopped.

Like David in this story, we often want to build God a house. And I believe God’s response to us is often very similar to what He told David, “I will make YOU a house.” This doesn’t just mean God will build a house for us, but that He will make our life into a house, a family line of descendants. We often want to father through a physical structure kind of house, but God often waits for us to father through “a family structure” of multiplication.

These new founding fathers will birth new movements that bring us together into the kind of unity Jesus prayed for in John 17:20-26—a unity that will cause the world to believe. This isn’t your typical unity that is based on similarity, proximity or conformity; it is the kind of unity a father helps birth by empowering identity within their family.

As new founding fathers rise up, so too will the family of God begin to be restored into the kind of family structure that looks beyond principles, the kind of family that lives and loves from belonging, sets captives free from the inside out, and causes the world to believe.

A true father knows how to empower their family. They know how to “find” the gold in everyone they meet. They know how to be united not in spite of, but because of differences within the family. A father opens blind eyes for others to see the possibilities that have been present within them the entire time. A father knows that true liberty comes from knowing your place in the family, and a father blesses those “different” parts of the family to come forth and reveal the family name and likeness in their own special purpose and ways.

A father who comes in the name of The Father knows how to carry peace into discord, and how to make someone who feels like an outcast feel loved and known. Founding fathers know how to find those who haven’t been found before, or who need to be found again. They know how to lead and govern through grace, but without compromising truth. They know when to speak, when to listen, and when to simply offer a hug or share tears. These fathers know how to bring healing to the brokenhearted, they know how to love the world like family, and they do not need a ministry or organization in order to do so, they just need to see the world as God does—like family!

The kind of founding fathers we need right now are not fathers based just on gender (as this includes both fathers and mothers), but who carry the Spirit of The Father. They are ones who, like Jesus, learn to say, “He who has seen Me has seen the Father.” Our nation here in America, as well as many other nations across the world, need our founding fathers of NOW to rise up and father the future.

We are about to see a new revolution by founding fathers in every sphere of influence. It will be done through the context of widespread Kingdom family and under the leadership of the Father’s heart. It’s a message to be lived more than told and is a grassroots movement of the Father rising up through you to take ground for the Kingdom, to give life to His family, and show the world who He really is in all His abounding nature! (Photo via Pixabay)

Your “fatherly,” persevering faith, hope and love that has been expanding during this past season has prepared you. And as with any family, “fathering” doesn’t always happen in big or formal family moments, but in the little things. Do not despise the little moments as they add up and even multiply big. Our kids are shaped by those little moments seeing and knowing them, of caring for their hurts, feeding them, listening, speaking life and hope, and simply, unconditionally being present with them.

To “father” a person or movement doesn’t require any kind of formal recognition by the recipient(s), it is simply an act of giving life out of the well God has expanded and filled within you. Fathers are so connected to The Father that they know how, where and when to plant a seed of life that is ready to expand into more.

Wherever you go, not by title or position, but by presence, faith, hope and love may each person who encounters you say, “Because I have seen you I have seen The Father.”