Justice Moore, the Supreme Court and the Divine Right of Kings 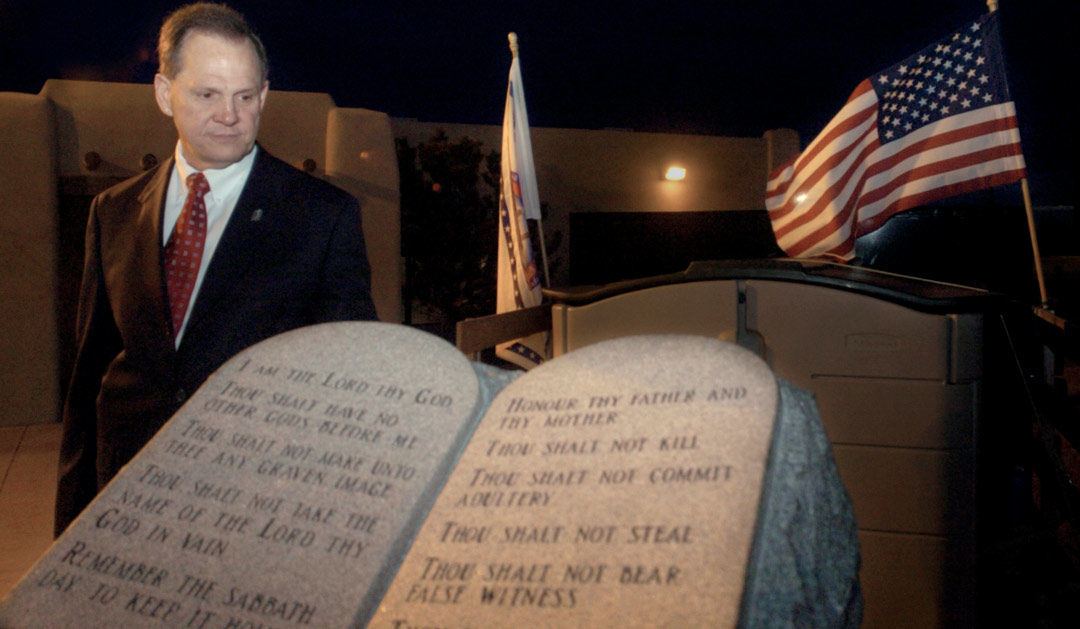 On every side the argument was advanced that once the SCOTUS has spoken, that was the law – the sovereign has spoken. This is the same old heresy wrapped up in a different cloth and transitioned to a different locale. The lead attorney for the JIC, one John Carroll, rehearsed the fact that he had been practicing for 42 years and under a number of different Alabama Supreme Court Chief Justices. He named, if I recall correctly, six of them starting with Howell Heflin (infamous regarding his monetary decisions). He made a startling declaration about his view of EVERY ONE of these Alabama Supreme Court Chief Justices, saying that all of them were men of strong faith and would have, in his view, been personally appalled regarding the decision of the Supreme Court regarding sodomy, but NOT ONE of them would have taken a stand against such a proclamation of evil by the Supreme Court of the United States. I do not believe he had any idea of the theology he was espousing. In his view, and it was evident in the hearing that this was the overwhelming view of the courtroom participants, the Divine Right of the Judiciary is enshrined with settled certainty as the new “god” of these United States. It was EVIL to the core and is as much an abomination as the claims Rutherford had to battle.

I think it may well be true that on the specific battle that Judge Moore is involved in, he may prevail on the technicalities – there was wisdom in his approach. However, it was clear, at least in my view, that the heretical and pagan doctrine of the divine right of the supreme court reigns supreme in law, culture, and religion (including professing Christians). THIS is the great issue before us and must be challenged, refuted, overcome, and buried on the ash heap of history with one, and only one, answer:

There are NO other options. We follow the Law-giver, or we choose autonomy. No amount of obfuscation or writing 1,500 page tomes on why this is not the situation will wash out the reality that was on full display at the Alabama Supreme Court chambers yesterday. It was a watershed moment: “Choose you this day” is still the echoing cry of history.